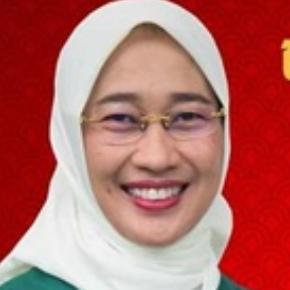 Special adviser to the Minister of Youth and Sport of the Republic of Indonesia.
Nahdlatul Ulama (NU) having 75 million members, is the largest Islamic  NGO in the world. Its branch for women - NU Fatayat, which is chaired by Mrs. Anggia, has more than 8 million members. The NU is the most influential organization in Indonesia, as well as in ASEAN region.
Mrs.Anggia Ermarini is the best friend of the nation of Azerbaijan as  she has always been promoting and defending worldwide peace and justice.